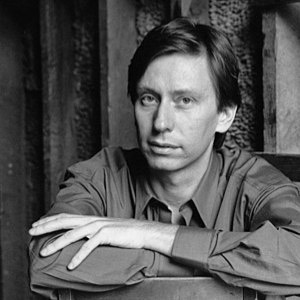 His own improvisational skills have been featured on popular radio programmes such as CBC’s Morningside and BBC Radio 3’s Music Matters, and with artists including Naji Hakim, Eddie Prévost, Cindy Oswin and Peter Sheppard-Skaerved. His musical score for the feature film Painted Angels released in 1999, was described by Michael Church in The Independent as ‘an extraordinary triumph of artistic will.’ Projects include performing in and co-directing ‘The New Iberia’ festival in London, November 2000, involving concerts of Spanish music from medieval times to the present day, tours with singer Dagmar Krause with the production ‘Fallen City’ based on Weill’s Mahagony with music by Eisler and Finch, in Portugal, Spain, Ireland and Japan and composing a major musical theatre piece Tranplant, based on a play by Jeremy Seabrook and Michael O’Neal performed at Camden Road Theatre, London, November 13th – 17th, 2001. Future plans include a recording of Ives’s Concord Sonata for AVIE and his CD with The Continuum Ensemble of Roger Smalley’s solo and chamber music for NMC was released in April, 2004 to critical acclaim.
Douglas Finch has been Head of the Keyboard Faculty at Trinity College of Music, London since February 1999. His music has been published by Waterloo and Frederick Harris (Canada) and Boosey&Hawkes (UK) and he is an Associate Composer of the Canadian Music Centre.